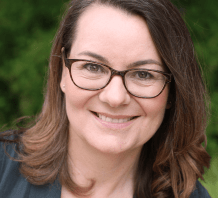 Karin is passionate about Journalism. Born and raised in Germany, educated in a school dedicated to producing global citizens, she is uniquely equipped to report about the world around us.  Her experience as a local reporter, a national television journalist and as a foreign correspondent, coupled with her love for people, technology and the art of telling a story, result in reporting  that always goes the extra mile. Her reputation: thorough, thoroughly organized and insightful.

Nomination Liberty Awards, Berlin Germany for “Death of a Soldier” 2011